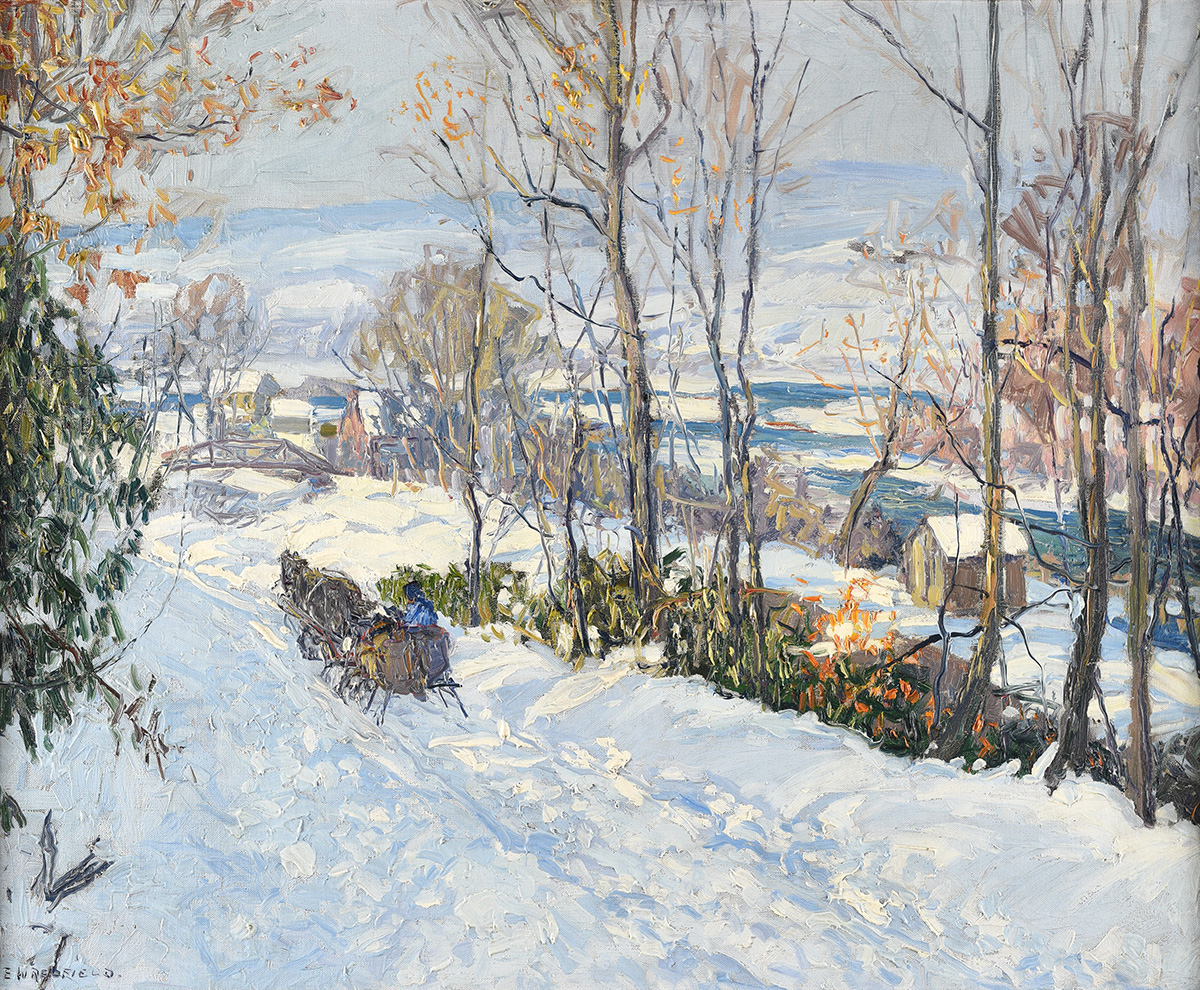 This Summer and Fall, the Polk Museum of Art at Florida Southern College presents audiences with an incomparable peek not merely into the incredible story of Impressionism’s rise in the United States but also into the influential world of private collecting. American Impressionism: Treasures from the Daywood Collection features 41 rarely-seen Impressionist paintings originally from the private collection of Arthur Dayton and Ruth Woods Dayton (whose surnames combine to create the collection’s portmanteau name: “Day-Wood”). Celebrated as patrons of the arts in West Virginia and as consequential collectors of American art, the Daytons developed a fine art collection that exceeded 200 works. This extraordinary and beautiful exhibition exemplifies how the support of patrons like the Daytons helped American Impressionists claim their niche in the art world, allowing them to hone their crafts, survive as artists, and find national acclaim at the turn of the 20th century.