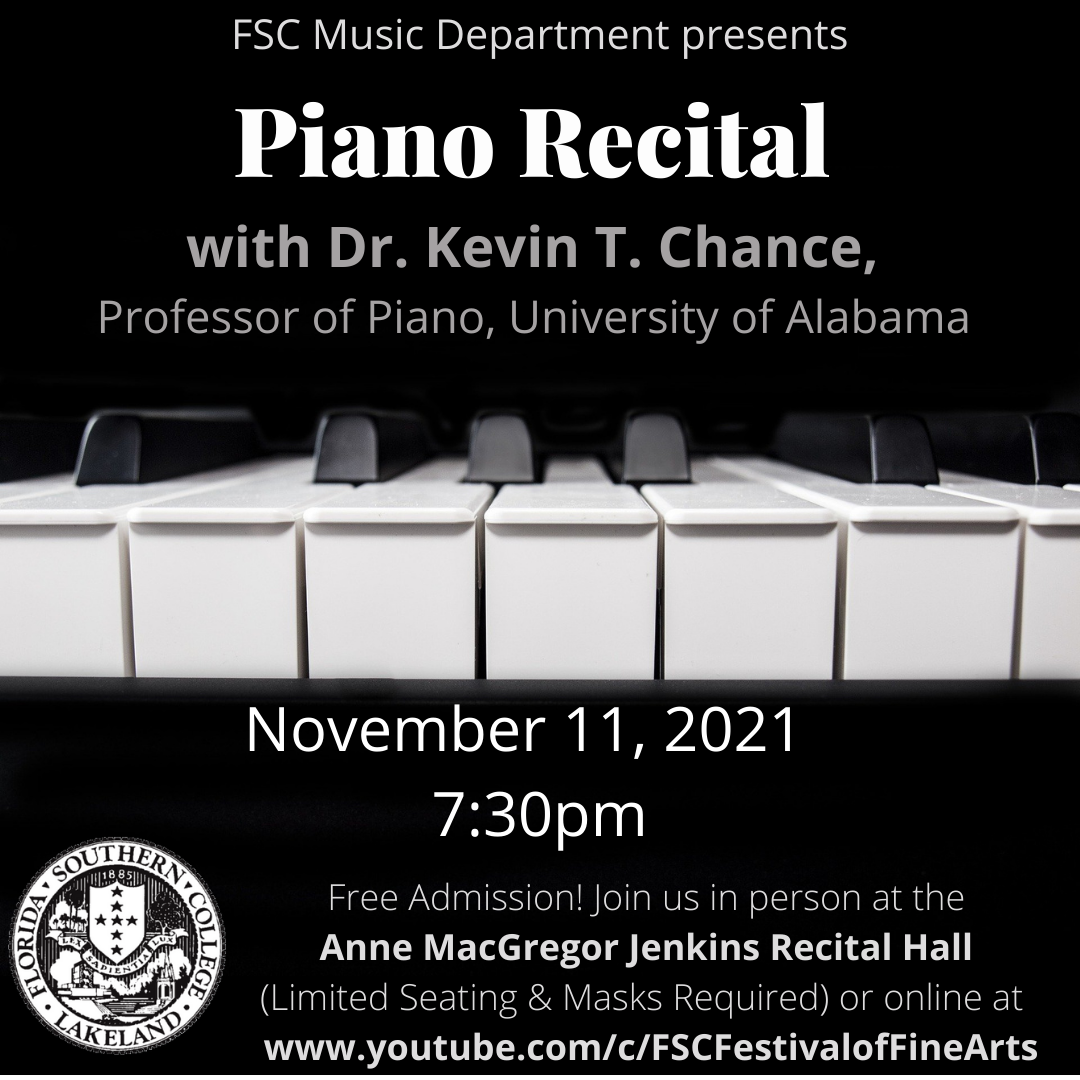 *Seating is Limited, Masks are Required*

Join in person or online at www.youtube.com/c/FSCFestivalofFineArts

Named Teacher of the Year by the Alabama Music Teachers Association and Music Educator of the Year by the Arts Council of Tuscaloosa, pianist Kevin T. Chance has been hailed as “a superlative musician” playing “with musical conviction and muscularity.”  He has performed throughout the United States and abroad as both soloist and collaborator. Recent engagements include performances at Carnegie Hall as well as concerto appearances with Bernstein’s Age of Anxiety and Rachamninoff’s Rhapsody on a Theme by Paganini with the Huxford Symphony Orchestra, Gershwin’s Rhapsody in Blue with the University of Alabama Wind Ensemble, Beethoven’s Choral Fantasy with the Athens Chorale in Georgia, and Gerald Finzi’s Eclogue.