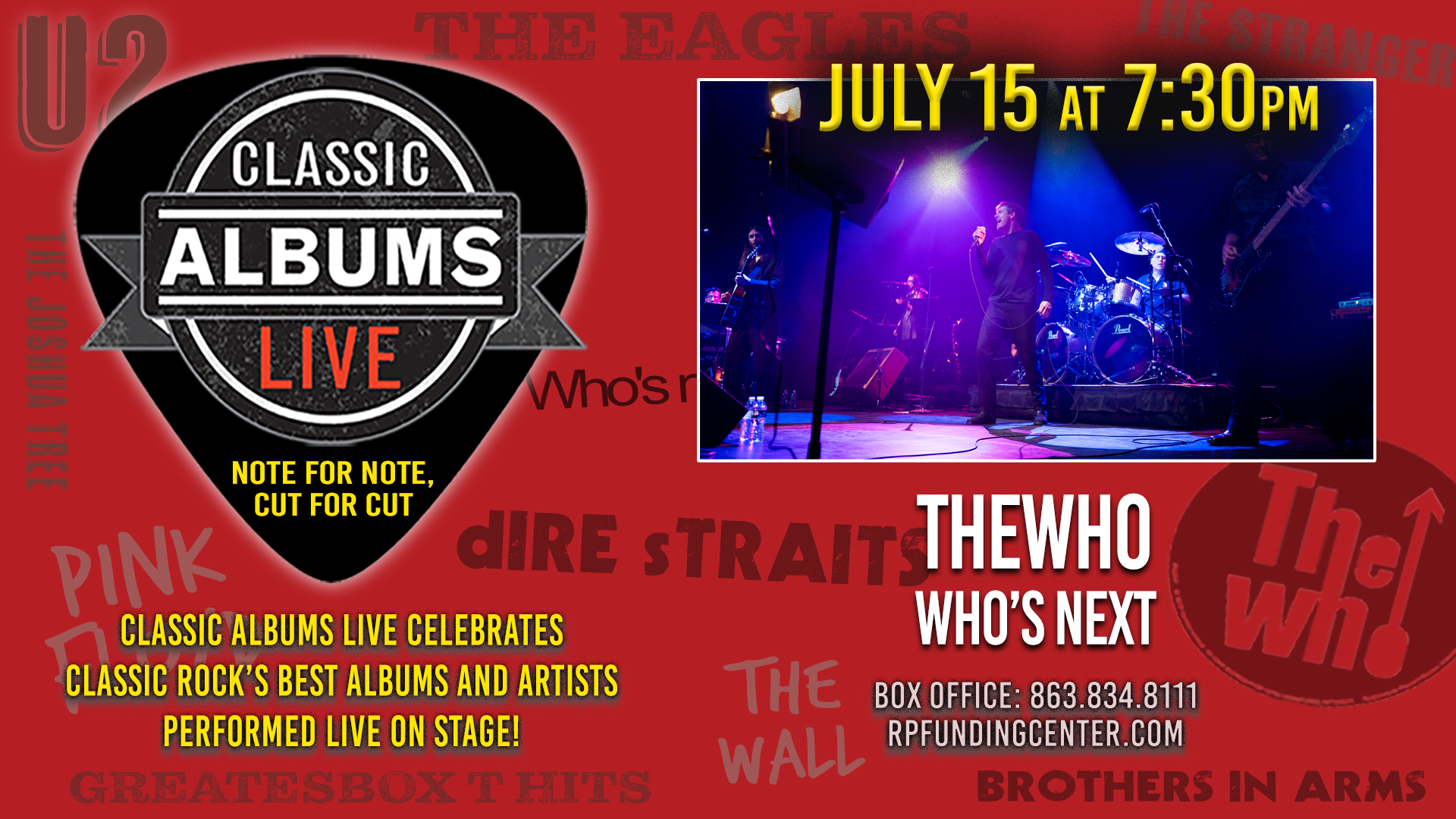 Classic Albums Live – The Who Who’s Next

When The Who released Who’s Next in 1971, it was an immediate success. The album includes some of the band’s most iconic songs like “Won’t Get Fooled Again” and “Baba O’Riley, which were both released as singles. As one of the greatest rock bands of all time, The Who’s Who’s Next is considered to be one of their best albums, and among the greatest albums of all time. Released in August on 1971, this timeless rock & roll album is a favorite for new and old fans alike! Step back in time for a moment and enjoy note for note, cut for cut recreation of this album live on stage.