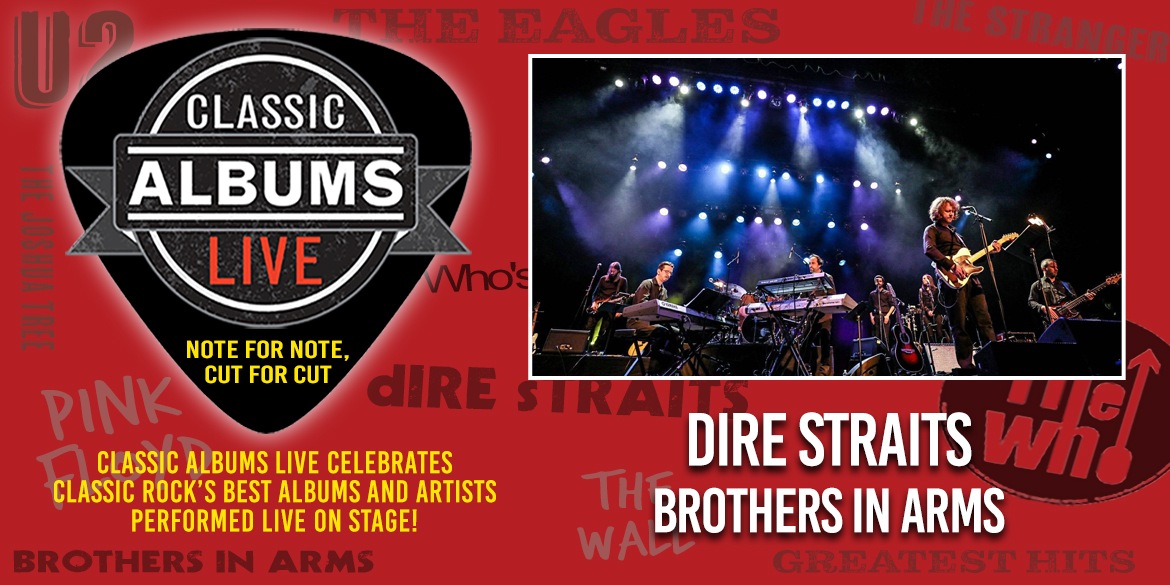 In May of 1985 Dire Straits released what would become one of the best-selling albums of all time; delivering a stream of classic songs and propelling the band into global superstar status. Classic Albums Live will recreate the album note for note, cut for cut live on stage in it’s entirety. Brothers in Arms has been described musically as a pop rock album. The music video for “Money for Nothing” received heavy rotation on MTV.