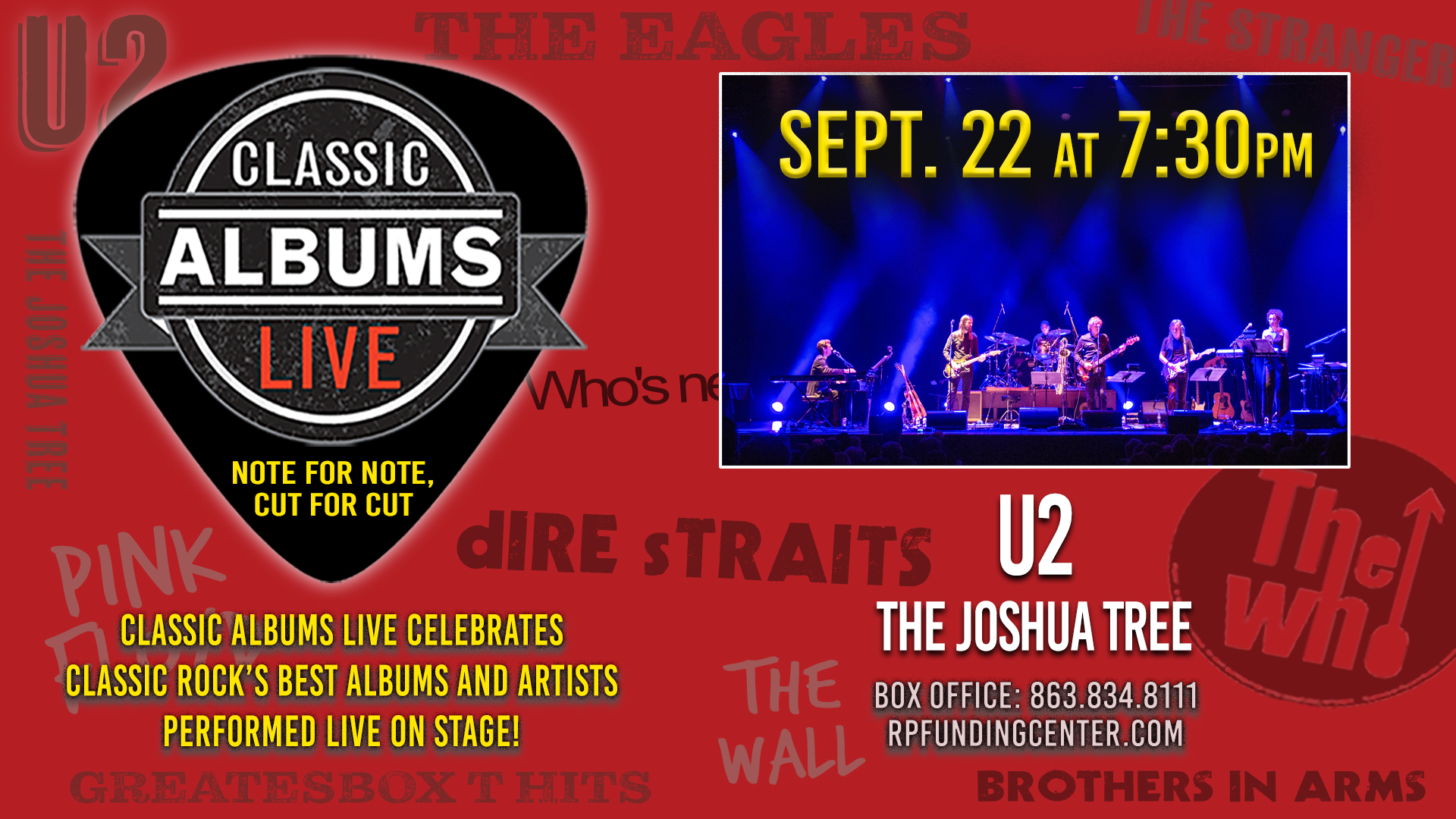 Classic Albums Live and its musicians from across the country will be performing U2’s The Joshua Tree exactly as you remember hearing it, note for note, cut for cut. Released in March 1987, The Joshua Tree is the fifth studio album by Irish rock band U2. The band aimed for a harder-hitting sound within the limitation of conventional song structures. The Joshua Tree received critical acclaim, topped the charts in over 20 countries, and became the fastest-selling album in British history. According to Rolling Stone, the album increased the band’s stature “from heroes to superstars.” The album won Grammy Awards for Album of the Year and Best Rock Performance by a Duo or Group with Vocal in 1988. Frequently listed among the greatest albums of all time, The Joshua Tree is one of the world’s best-selling albums, with over 25 million copies sold.