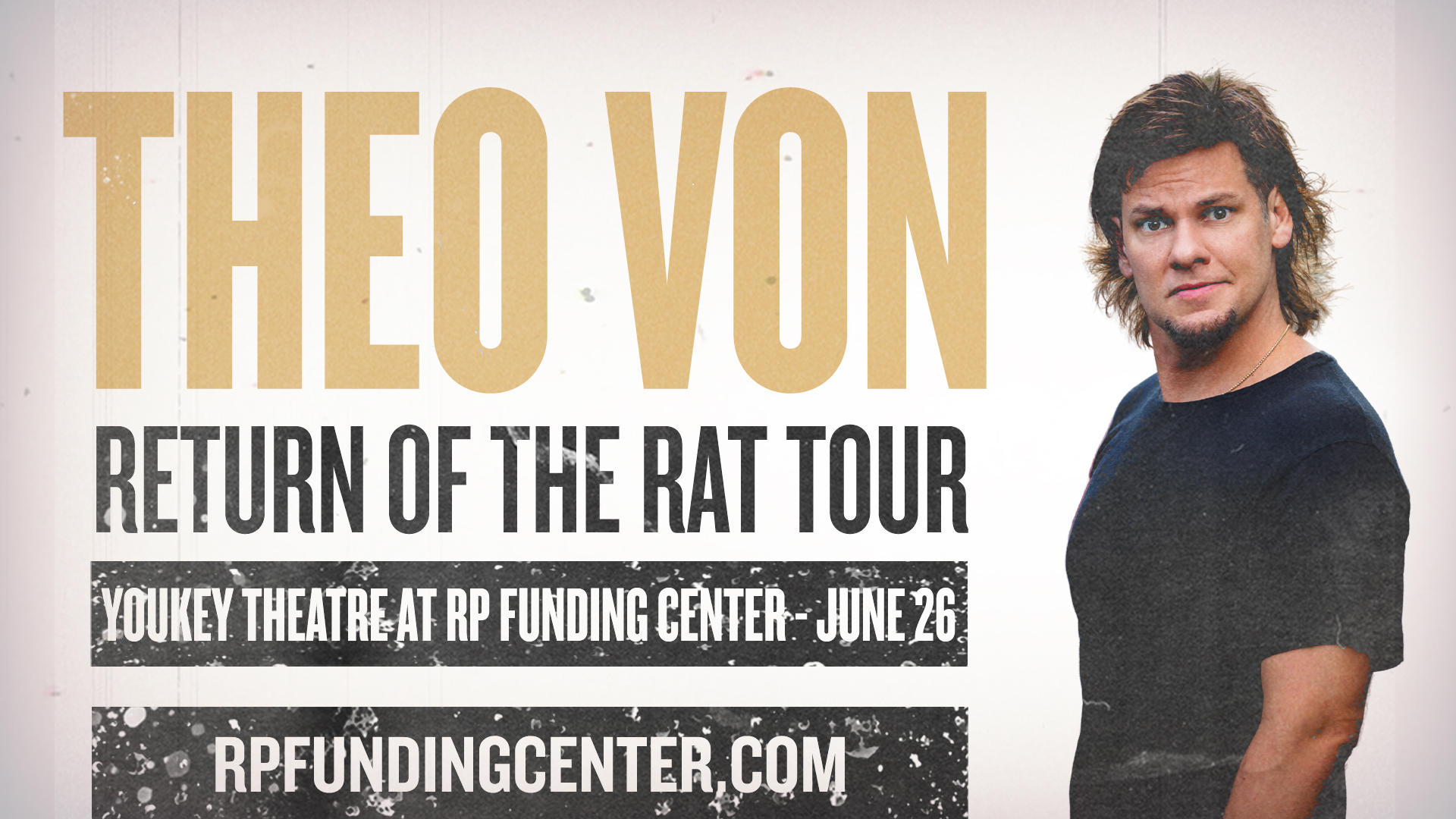 Theo made his start on MTV’s Road Rules: Maximum Velocity Tour. He competed on season 4 and Navy Seal training of Last Comic Standing where he won the online competition. He’s promoted his comedy on Chelsea Lately, Watch What Happens Live, @midnight, and This Is Not Happening. Von has been a recurring guest on many comedians’ podcasts including The Joe Rogan Experience, Joey Diaz’s The Church of What’s Happening Now, The Fighter and the Kid, and Bobby Lee’s TigerBelly, among others

He can be seen and heard weekly on his widely popular podcasts that garner millions of listeners/views a month This Past Weekend, and King And The Sting. Theo’s new comedy special Regular People was filmed at the historic Ryman Auditorium in Nashville, TN and is now streaming on Netflix.  In the Spring of 2020, he completed his two-year DARK ARTS TOUR, which took him across America, Australia, and Europe. He’s currently on the road with his RETURN OF THE RAT TOUR.